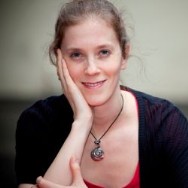 A founding member of Kegelstatt Ensemble, Anna performs extensively as a chamber musician in Adelaide and Melbourne. She also appears regularly in the Adelaide Symphony Orchestra, the Melbourne Baroque Orchestra and the Australian Romantic and Classical Orchestra. Having a keen interest in historical performance practice, along with the modern viola Anna plays baroque viola and baroque violin. She also has experience in improvised performance in a contemporary classical context.

She has appeared in the Adelaide, Ozasia, Barossa, Coriole and Port Fairy music festivals and in the International Guitar Festival in Darwin, the St Magnus Festival in Scotland and the Holland Dance Festival. She has toured Europe, Australia and the South Pacific with the Australian Youth Orchestra. She is also highly regarded as a teacher of violin and viola, and has a background in languages and linguistics, and qualifications in Arts and Education.