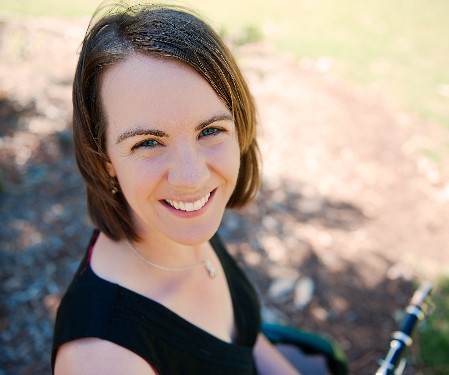 Steph Wake-Dyster completed her Master of Music in performance studying with Robert Schubert, followed by a year of a Professional Diploma in Orchestral Studies with Gregory Smith.  She is the recipient of numerous awards including an Adelaide Achiever’s, The Christ Church, Doris West and Chicago College of Performing Arts Conservatory scholarships and the Beta Sigma Phi Music Award.

Steph has performed in the St. Magnus (Scotland) and Barossa festivals with the Elder New Music Ensemble and been guest performer in the ABC’s ‘Sunday Live’ program and ‘The Firm’ and ‘Project 2’ concert series.  She has recorded works by Australian composer Wendy Hiscocks with international pianist Roy Howat for the ABC and has recorded Steve Reich’s New York Counterpoint with Tom Szucs. Steph has been soloist with the Elder Conservatorium Symphony Orchestra, Unley Chamber Orchestra and Adelaide Youth Orchestra.  She is an active chamber musician being a founding member of Kegelstatt Ensemble and has performed with the Adelaide Symphony Orchestra, State Opera of South Australia, Opera Australia, Adelaide Art Orchestra, Clarion214, Adelaide Concert Collective and for the Adelaide Festival Centre. She is a dedicated clarinet teacher and tutored at The University of Adelaide, State Music Camp of SA and Melbourne Summer School.